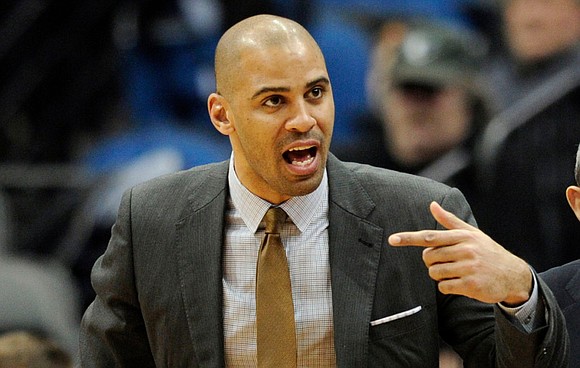 Ime Udoka reacts during an NBA basketball game back in 2015 while serving as the assistant coach for the San Anonio Spurs. A Portland native from Jefferson High School, Udoka was hired Monday as coach of the Boston Celtics. (AP file photo)