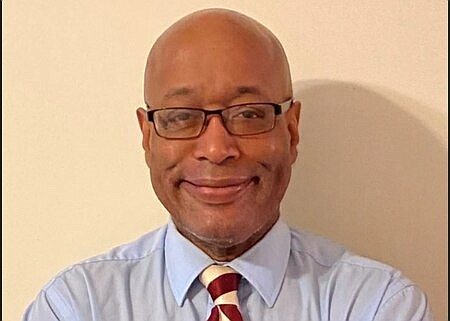 Oregon Gov. Kate Brown is elevating the pursuit of racial justice and police accountability reforms by her appointment of a Black law enforcement officer to lead the state office of Public Safety Standards and Training.

Officials said Jerry Granderson will begin his new duties on March 22 after nearly 23 years of service with the FBI, most recently in Illinois where he also served as an FBI academy instructor focused on leadership, ethics and contemporary policing courses.

“His background in law enforcement and public safety—with a blend of field, training, program management, and leadership experience—makes him uniquely suited for this position,” Brown said in a statement.

“I look forward to his leadership, especially as we work collaboratively to improve the training and certification of Oregon law enforcement officers and as we answer the resounding calls from Oregonians for much-needed racial justice and police accountability reforms,” Brown said.

Police training is currently under heightened scrutiny amid a social movement to reform law enforcement in the wake of the 2020 police killing of George Floyd in Minneapolis.

Oregon’s public safety director oversees an agency budget of over $55 million and works with a board to develop training and certification/licensing standards for more than 41,000 public and private safety professionals. The position carries an annual base salary of $162,216, according to the governor’s office.

Granderson, 57, served as a FBI field agent in Illinois, working on narcotics, domestic terrorism and organized crime investigations and as a program manager for the FBI’s international law enforcement training academies in Botswana, Hungary, El Salvador and the United Arab Emirates.

He holds a bachelor’s degree in fine arts and a master’s degree in international relations from Western Illinois University. He is a veteran of the U.S. Army, having served in the 82nd Airborne Division and 12th Special Forces Group of the Army Reserves.