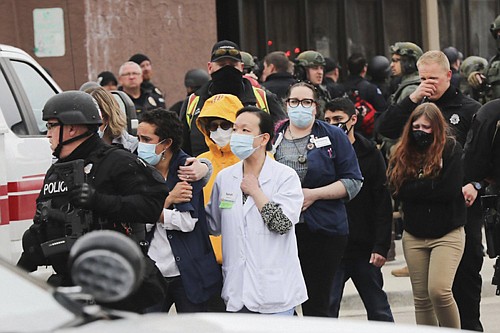 People in Boulder, Colo. are led out of a King Soopers grocery store on Monday after a shooting in the store. Ten people were killed, including a police officer. The gunman was taken into custody, identified as a 21-year-old man. (AP photo)