Effort to Save Black Landmark 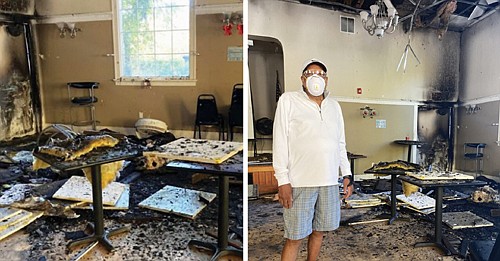 Louis McLemore, exalted ruler of the Billy Webb Elks Lodge, surveys the damage from a Sept. 11 fire that started outside the building and spread to the walls and roof of the landmark building. A gofundme.com campaign is gathering donations to make repairs. Photos courtesy Restore Oregon, Saving Historic Places.