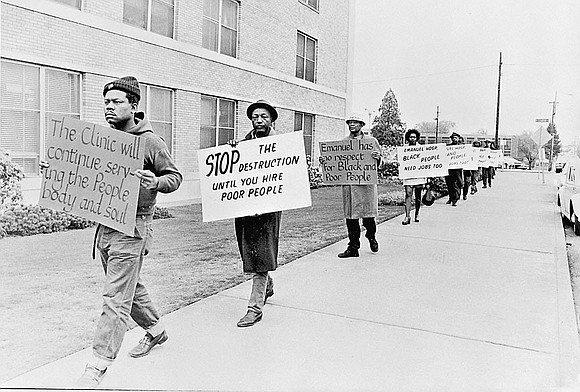 Black residents protest the forced demolition of neighborhood homes to make room for urban redevelopment and the expansion of Emanuel Hospital in north Portland in 1973. Nearly 50 years later, a new effort calls for the city to make restitution to Black families who were impacted. (Photo from Oregon Historical Society collection)

A group of homes in the Albina community represent the 171 houses lost to urban renewal and the expansion of Emanuel Hospital during the 1970s. Much of the historically Black neighborhood was labeled “blighted” and marked for urban redevelopment, which allowed the city to condemn the properties. Black businesses were also displaced.