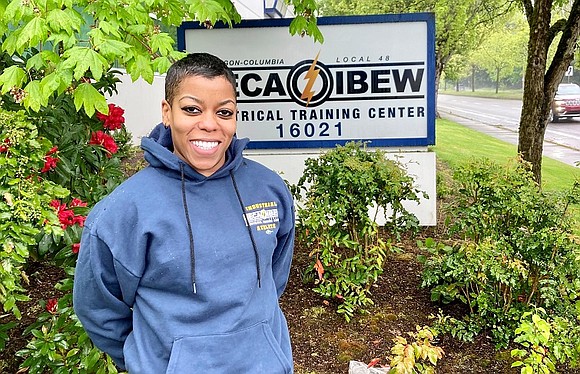 Sonda Brown, a first-term apprentice electrician, found her way to the construction industry unexpectedly after working a desk job in an office. “After a few years, I grew tired of the monotonous job duties and wanted something different,” she said.

Becoming a union electrician has opened doors for Peter Chimuku and his family.