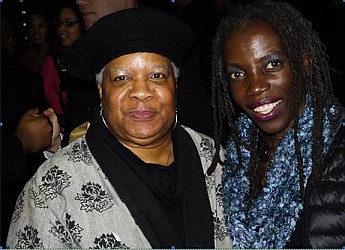 Avel Louise Gordly was born in 1947 in Portland, to Beatrice and Fay Lee Gordly, a working-class family. Her father was a Union Pacific Pullman Porter. She went on to serve with the American Friends Service Committee, Black United Front, and later as State Representative and the first Black woman State Senator from 1991-2009.