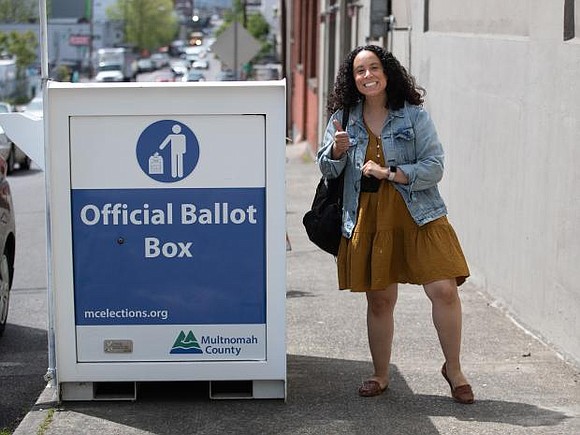 Multnomah County Voting Box
U.S. Attorney Natalie Wight announced the appointment of two District Election Officers to oversee the handling of complaints of voting rights concerns, threats of violence to election officials or staff, and election fraud in the District of Oregon for the upcoming Election Day.

The Department of Justice has an important role in deterring and combating discrimination and intimidation at the polls, threats of violence directed at election officials and poll workers, and election fraud. The department will address these violations wherever they occur. The department’s long standing Election Day Program furthers these goals and also seeks to ensure public confidence in the electoral process by providing local points of contact within the department for the public to report possible federal election law violations.

Election Day for the general election falls on Tuesday, November 8.  Community members should have received their ballots in the mail but if you have not, you can pick a replacement up at your local County Clerk’s office. Voters can return their voted ballots in the mail or use any Official Ballot Drop Site in the state. You can find your nearest location with the Oregon Drop Box Locator from the Secretary of State. Mailed ballots must be postmarked on or before Election Day, November 8 or returned to an Official Ballot Drop Site before 8:00pm on Election Day.

People with disabilities have the right to vote in Oregon and can request accommodations such as a large print ballot, an electronic ballot that is screen reader accessible, a signature stamp from the county clerk to allow a voter who has difficulty signing a way to sign their ballot envelope or a tablet-based voting process, when a paper ballot is not accessible to the voter.