Natalie Wight is first Black Woman to hold the office 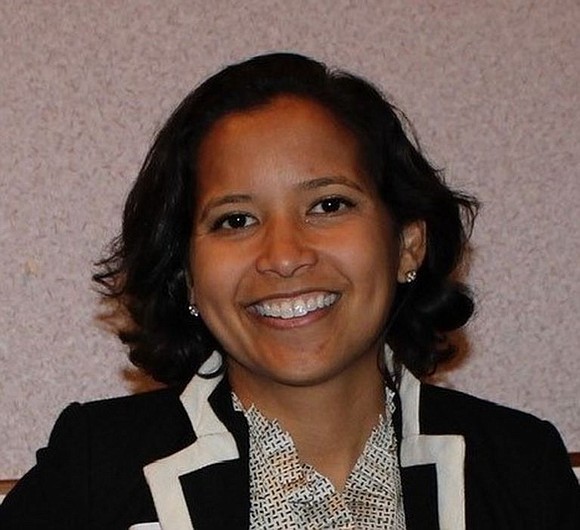 Natalie Wight
Natalie Wight, who was confirmed as Oregon’s U.S. attorney by the U.S. Senate earlier this month, is the first person of Black descent to hold the office, and she gives credit to growing up in Portland for her successes.

As a 1992 graduate of Cleveland High, where she played soccer, basketball and track and field, Wight said her high school experience helped give her the will to succeed.

“The people who raised me up were my teachers and my coaches, and they always pushed me to never give up,” she said.

That attitude led to many successes in her life, including graduating from Notre Dame law school in 2003 and that same year joining the Department of Justice through the Attorney General’s Honors Program as an attorney for the Federal Bureau of Prisons. She then served as an assistant U.S. attorney in California from 2008 to 2012, when she came back to Portland to work in Oregon’s U.S. Attorney’s office.

“I couldn’t wait to get back,” she said, and one of the first things she did was get in touch with her old high school and start the Cleveland Mock Trial program, which she started with her husband, Casey Nokes, also an attorney. Some school have mock trials as part of the curriculum, but it’s all volunteer at Cleveland, where the kids come in after school and on weekends.

Wightalso spearheaded a mock trial program at Notre Dame, where the program for law students was pretty intense, she said, but it’s more geared toward high school kids at Cleveland.

“It’s a little mix of everything, and we mostly focus on getting them ready for graduation and college and do a little of mock trial,” she said. “We teach them how to evaluate a case, to be analytical and about both criminal and civil cases.”

The program starts in October and ends with statewide mock trial competition at the Multnomah County Courthouse.

“We’ve only gone to state once,” she said, “but we pride ourselves on being the runner-up every year.”

In her volunteer work and in her job, where she often puts in 12 to 14 hour days, underlying it all is her love of children and her concern for their futures, Wight said.

In her 18 years with the U.S. Attorneys’ Office, most recently Wight served as the deputy chief of the Organized and Violent Crime Section, where she focused on child exploitation, human trafficking, kidnapping, Indian Country, robberies, assaults and other violent crimes. She also served as an assistant U.S. Attorney in the office’s Civil Division, defending the United States in cases involving civil rights, torts, medical malpractice, employment law and prison litigation. She has also been a Department of Justice attorney recruitment ambassador since 2011 and the U.S. Attorney’s Portland Reentry Court Coordinator since 2015.

“The reentry program is for people who have finished their sentences and they’re still on probation,” she said, “and we focus only on the highest risk and highest need individuals in reintegrating back into the community,” she said. “They very often have serious substance abuse, and extensive criminal history and serious trauma.”

Together with a team of many experts, overseen by the district court and run by a federal judge, the goal is to help them learn to succeed in life.

“I represent the prosecutor’s office and work with individuals from probation and others, like mental health, as part of the reentry court team,” she said. “We do a lot of work with them to help with families to get the help they need, especially women in the program, where a lot are trying to regain parental rights and get housing. It’s part of my job, but quite different from my day job of prosecuting.”

That helps give her life balance, she said, because not everyone gets a life sentence and helping them makes for safer communities.

“It’s wonderful, but challenging,” she said. “It’s very rewarding and grounding to see the day-to-day that someone has to go through.”