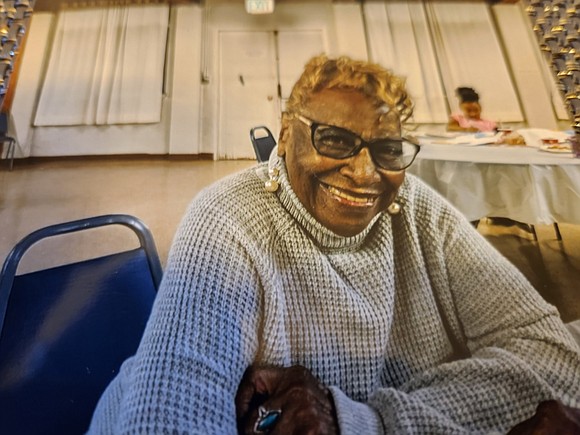 Dorothy Mae Elizabeth Anderson was born near Saline Louisiana on November 24th 1926, to Carl and Rosaline Anderson.  She passed on December 20, 2022. She was raised in a large family that would eventually consist of 3 sisters and 3 brothers.

As a child of the Great Depression the family grew up on hard times having to share hand me down clothes.  However there was always food and the family never went hungry.  Seeking a better life for his family during World War II Dorothy's father moved the family to Portland, Oregon where he found work in the Kaiser Shipyard.

Dorothy attended Jefferson High School graduating in 1945.  She worked in various retail stores before deciding to start a career in nursing.  When no school in Portland would would accept a black woman to their nursing program Dorothy moved to Chicago and graduated from the Chicago Nursing School as a Licensed Practical Nurse.  Upon moving back to Portland Dorothy was hired at the Emmanuel Hospital in May of 1949 as Nursing Assistant. She was the first African American in Portland to attain that position.

She continued to work at Emmanuel Hospital for several years in numerous departments, including Neurology.

Dorothy was an very engaging person and would meet people with a welcoming smile. She enjoyed laughter and sharing good times with friends and family. A spiritual person Dorothy always put the spirit of God in the forefront of her life.

She was the Matriarch of her family and was preceded in death by both parents and her six siblings.  She leaves one son, several step children and seven grandchildren and a host of nieces and nephews to celebrate her life.