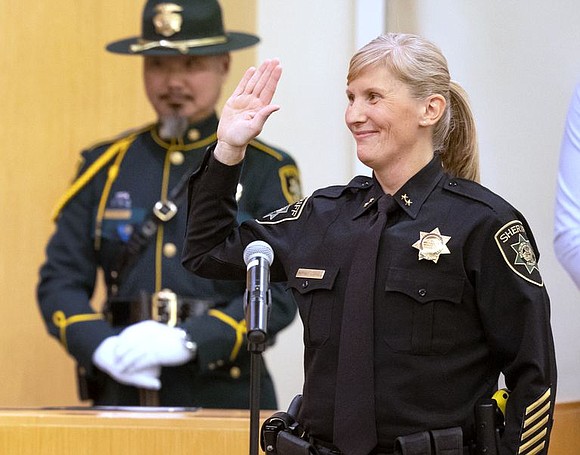 Nicole Morrisey O’Donnell made history on January 4th   as she was sworn in as the first female Multnomah County sheriff in the agency’s 168-year history, according to the sheriff’s office. Morrisey O’Donnell was elected in May and succeeds former Sheriff Mike Reese, who could not seek reelection because of term limits. Morrisey O’Donnell, 49, assumes leadership of 750 employees.

She has served for the sheriff's office for the past 26 years. Her career started with the Multnomah County Sheriff’s Office in 1996. She advanced from deputy to lieutenant to captain to chief deputy and then to undersheriff. She is also one of only two Multnomah County sheriffs to hold dual certifications in corrections and police disciplines.

Morrisey O’Donnell addressed a major issue facing Multnomah County: gun violence. She asserted that she is committed to community safety and reducing gun violence, while explaining that she and her family have experienced the impacts of gun violence first hand. Preventing violence in all forms is at the top of her priority list.