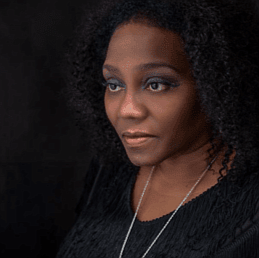 Marilyn Keller
Marilyn Keller, renowned vocalist, co-founder of Lift Every Voice Oregon, and a chief petitioner of the state’s recently passed gun control initiative, was profoundly affected by the assassination of Dr. Martin Luther King Jr., but his message has guided her entire life.

Keller was only six years old when King was assassinated on April 4, 1968, but it affected her deeply throughout her childhood.

“I can remember a lot about my early years, the prevailing sense of sadness and grief that occurred at the time,” she said. “It always struck me that someone who only wanted peace and a better world to live in was taken by gun violence, and it never sat right in my spirit.”

Keller grew up in Alamogordo, New Mexico, home of both Holloman Air Force Base and Fort Bliss army post, which led to an ethnically varied population, a “pretty diverse community coming through our little town church and school systems,” she said.

And though she learned a lot about African American history from her parents, the school system was very progressive in that regard.

Both her eldest sisters were very involved in Black student groups at college, which also influenced her.

“They were part of the Black student union and a group called Uhuru Sasa (which means freedom now),” she said. “They were very much part of the youth movement of the late ‘60s and early ‘70s, and carried us with them.”

Keller said she came to understand the basis of the Civil Rights movement and was encouraged to learn even more.

“We were encouraged to do our own research on the characters and the names and the organizations,” she said. “We weren’t allowed to just stand and spout about Dr. King. We also learned about Sojourner Truth, Mary McCleod Bethune, Harriett Tubman.”

She also learned in depth about Dr. King, she said.

“We knew more about Dr. King than just the “I Have a Dream” speech. We knew about the death threats and the FBI investigations,” she said. “We also knew that Dr. King was God-sent. It was time for a change and he was one of the agents of that change.”

She also learned about the more militant side of the Civil Rights movement, including the Black Muslims and Black Panthers, she said, but they were not her greatest influence.

“For me, Dr. King’s philosophy and his role was the way I had to go,” she said.

Keller also used her singing to spread King’s message and her youth choir was well known all over the Southwest, she said.

“We had special music presentations all over New Mexico, and know all the stanzas of  “Lift Every Voice” by the time we were ‘tweens.”

Keller led the singing of the “Lift Every Voice,” the Black national anthem, at the packed sanctuary of Augustana Lutheran Church in June at a press conference to promote a gun control initiative that Oregon voters approved in November.

Keller will bring her singing talent to three different churches on Sunday, January 15, during services honoring Dr. King’s birthday. She’ll start at 10 a.m. at Augustana Lutheran, then at 1 p.m. at Allen Temple CME and at 2 p.m. at Vancouver Avenue Baptist Church.

And her faith all goes back to the way she was raised.

“When I think back now about our elders, they lived those lives of strength and faith and quiet belief,” she said. “And that’s how I came to know that God was real, because I could see him in the people around me.”

Reminiscing about her origins that guided her to the person she is now is because of the “love of a blessed community that would not allow us to be anything less than we were meant to be,” she said.

“I’m so glad that we now have a holiday, a chance to acknowledge this man, this great soul’s contribution to the world at large,” she said. “It was not just the United States that was blessed by his being. The entire world is a better place because he lived and died.”