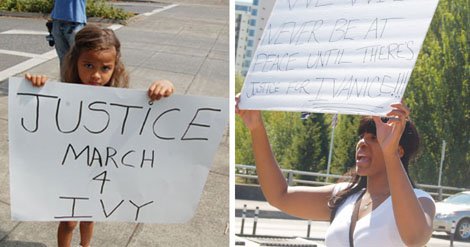 About 60 supporters gathered at the Hawthorne Bridge and marched downtown to call for justice and the prosecution of a U.S. Marine in death of Ivanice “Ivy” Harris, the Portland woman murdered in Hawaii last May.

Things got off to a late start at the ‘Justice March for Ivy’ rally in downtown Portland Saturday, but the small legion of supporters were certainly seen and heard once things got going.