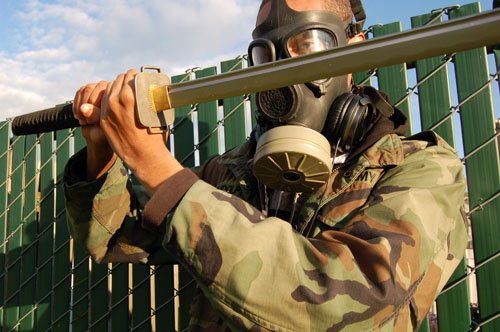 North Portland rapper Glenn Waco, real name Dracey Ware, wears a gas mask he purchased from Israel as a symbol in his music, filtering negativity into positivity. He refers to himself as a "Dirty North Kid" flipping stereotypes about his urban surroundings.

A collage of news reports detailing shootings in north Portland with a haunting chant of “bang! bang! bang!” is how Glenn Waco, an upcoming young rapper in the city’s hip-hop scene introduces listeners to his second project, fittingly titled “NorthBound”. Untrained ears may hear glorification in such a chant, but a closer listen to the entire project reveals the tale of a 21-year-old man balancing the struggles and joys of coming from what was once treated as a forgotten part of town.