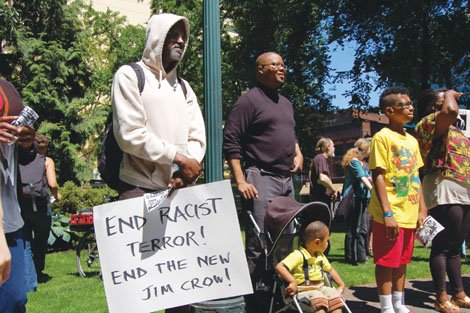 Les Shannon of Portland dons a hoodie and displays a picket sign at a rally near the downtown federal courthouse. The protest came after civil rights leader Al Sharpton called for a national day of action following the verdict in the George Zimmerman murder trial.

‘Justice for Trayvon’ Rally in Portland