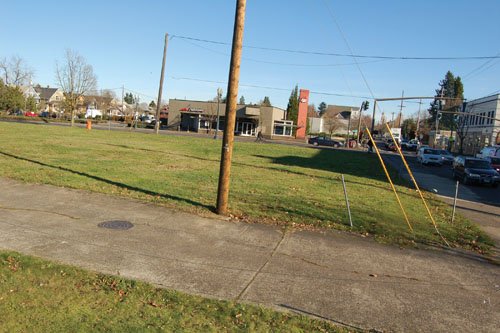 A vacant lot on Northeast Martin Luther King Jr. Boulevard and Alberta Street awaits development. Mayor Charlie Hales announced Tuesday that he was not successful in his effort to get Trader Joe’s to reconsider building a store on the site.

Specialty grocer issues final “no” to MLK and Alberta

It’s official, Trader Joes is out of a development deal that would have brought the specialty grocer to a lot on Martin Luther King Boulevard and Alberta Street.