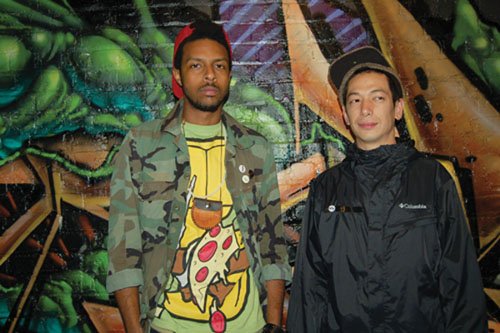 DeAngelo Raines (left) is forced out of his rented studio space at the Portland Storage Company after he advertises an ‘after hours’ party and the Portland Police and the Fire Marshal come knocking.

Artist kicked out of studio after visit from authorities

After a recent visit from authorities that led to his subsequent eviction from his studio space, local artist/entrepreneur DeAngelo Raines is questioning not only why he was visited by the police and fire marshals , but whether the storage company was renting to him under false pretense as well.