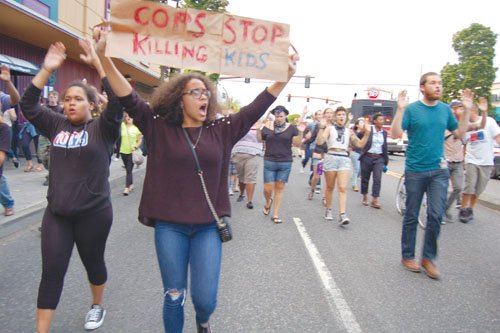 Traffic along Northeast Martin Luther King Boulevard was briefly interrupted Friday when hundreds of people spilled onto the street after gathering at the Police Bureau’s North Precinct to protest the police shooting death of teenager Mike Brown in Ferguson, Mo.

The police shooting death of a black teenager halfway across the country have Portland residents raising their hands and voices in solidarity demanding justice in the case.