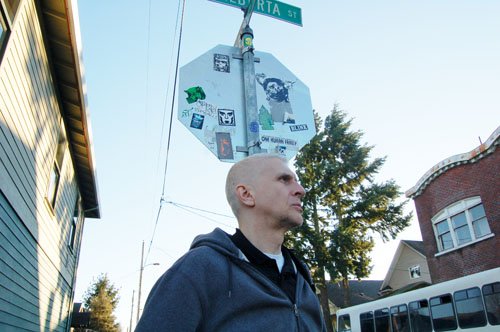 Filmmaker Matt Zodrow surveys his heavily gentrified neighborhood along Northeast Alberta Street. He and filming-partner Tracy MacDonald have set out to document Oregon’s storied racial history, including the current issue for people of color being displaced from their historical neighborhoods, to the racist laws that excluded blacks from living in the Oregon territory during the mid 1800s.

Film examines the state’s racial dealings past and present