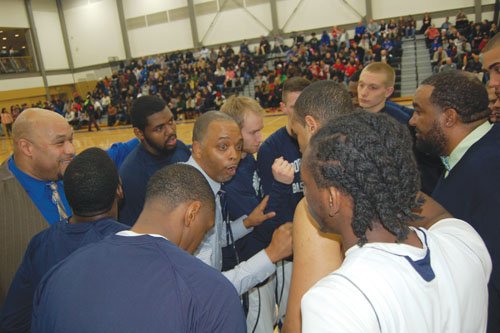 At the center of his basketball squad, Portland Community College Coach Tony Broadous makes an impassioned appeal to his guys to get themselves a victory. Wins have become a trend at the once underperforming program since Broadous’ came to the PCC program after years of coaching at Grant High School. PCC went on to win the Feb. 19 game against Chemeketa Community College and secured a spot in the playoffs for the first time ever in school history.

Portland Community College's basketball squad has earned their first title in school history after defeating Pierce College in a 92-86 bout. The win is highlighted by the fact that just two seasons ago, the PCC basketball squad capped of their season with 0 wins.