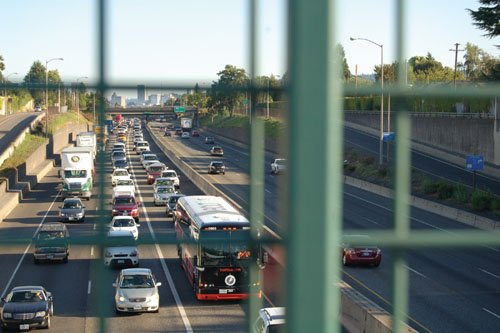 In the next 20 years, the city of Portland is planning for 128,000 new households. Eighty percent of those new residences are expected to be housed in multifamily properties along transit corridors, like the Interstate Urban Renewal Corridor of north and northeast Portland which includes I-5 (above) and the Interstate Max light-rail, a few blocks west.

More money will be directed to affordable housing projects from Portland’s Urban Renewal Districts over the next five years under a proposal going to the Portland City Council.