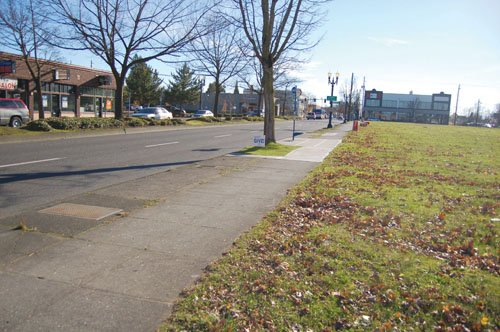 Portland Mayor Charlie Hales, Commissioner Dan Saltzman and other government officials met with leaders of the African American and northeast Portland community Monday to try to revive a proposal to develop a vacant parcel of land at Northeast Alberta and Martin Luther King Jr. Boulevard for a Trader Joe’s specialty grocery store.

The public outcry that led to specialty grocer Trader Joe’s pullout of a city-negotiated economic development project in the heart of Portland’s historic African American community may get reversed if the mayor and other city leaders are successful in new efforts to recast the project. Mayor Charlie Hales and Commissioner Dan Saltzman met with leaders of the African-American community, neighborhood, and business representatives at City Hall in an effort to bring the popular retail chain back, perhaps with more compromises for all parties at the table.