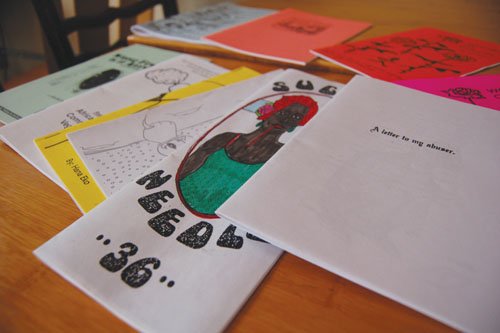 Varied examples of self-made zines created by Portland’s Women of Color Zines group, touch on topics including but not limited to gentrification, art, beauty, minority womanhood, and housing. Tonya L. Jones, the founder of the organization, says she’s seen a birth of pride among various women authors who are participating in the group as well as herself.

Women of color in the city are telling their own stories using a popular self-publishing artform called zines.