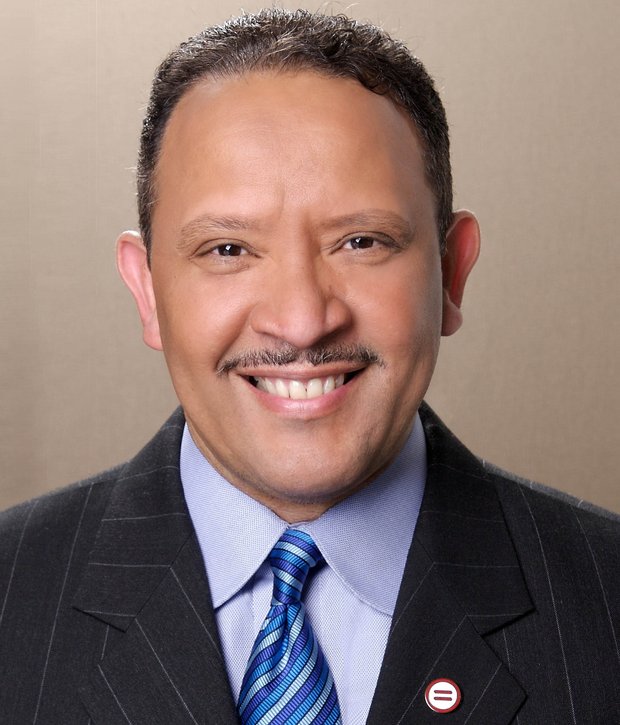 Black History Month and the Pursuit of Justice

A time to educate and inspire

Racial disparity won’t disappear if we simply ignore it. Justice will not be achieved unless we actively seek it out. Black History Month not only serves as a reminder of what our forbearers have achieved, but as an inspiration for the journey that remains before us.

A Lousy Mirror for Our Multicultural Society

Why I’m skipping the Oscars

For two years in a row, the Academy of Motion Pictures Arts and Sciences — the organization behind the Oscars — failed to nominate a single actor or actress of color in the lead and supporting acting categories. Not one.

Social structures of the past are challenged

The 2016 Presidential election still is more than 10 months off, but already it promises to serve as a referendum on social justice and racial reconciliation, in a year when national attitudes are changing faster than ever – and not always for the better.

HIV’s Hold in Communities of Color

We must all do our part to stop this disease

To win the war on HIV/AIDS; to achieve the three zeroes; we cannot approach the epidemic as a standalone public health crisis. Our nation must develop a multi-pronged approach to HIV/AIDS that also addresses equal access to health care and civil rights.

We need enforcement and monitoring

Despite the efforts of our federal government and the Supreme Court to address and eliminate racial discrimination in the jury selection process, the practice continues to run rampant, and unchecked, throughout our criminal justice system—a system where more than half of the people on death row are people of color.

#BlackLivesMatter: A Rallying Cry for our Times

While it is obvious to many of us that all lives matter, it is not so obvious that in our great nation founded on the principles of equality and justice that black lives matter.

The Racial Bias in Stand Your Ground Laws

Rather than curb violence, they increase violence

Trayvon Martin's unjust death at the hands of a trigger-happy, self-described neighborhood watchman continues to shock and live on in our nation's collective consciousnes

Working Harder, but Falling Further Behind

A dark cloud behind the economic recovery

As we celebrate labor and America’s slow but steady climb to newfound economic prosperity during its most sustained period of job creation this century, we discover a dark cloud inside the silver lining of our recovery: The prosperity of the American economy is not being shared equally.

Never One to Shrink Away from a Worthy Fight

Julian Bond lived his life as a tireless champion of the oppressed and maligned, a battle-worn warrior for civil rights, equality and social justice. Bond fought the good fight, and at the still-youthful age of 75, he completed his course.

Restoring the Voting Rights Act of 1965

The seemingly obvious idea that a democracy functions at its best when the largest number of its citizens are afforded the opportunity to determine who will lead it—and how it will be led—is under a modern-day legislative assault.

How Could a Traffic Stop Turn Into All of This?

We don’t yet know how Sandra Bland died in her jail cell, but the video of her arrest is cause enough for grave concern. And for those committed to reforming our nation’s broken criminal justice system, it is an urgent call for action.

The Amazing Grace of the Mother Emanuel Nine

Taking action against racism and guns

Today, we should all be asking ourselves what happens now; what comes next? Do we, as a nation, take up the charge to tackle the ills of racism and gun violence, or will we cast these issues aside once again and wait until the next tragedy jolts us from our complacency?

The unemployment rates for black teens is a staggering 30.1% - Latino teens, 19.2%. But these kids aren't just looking for a first job to fill their resumes. These are the teens most in desperate need of a paycheck to support their families, themselves, and even younger siblings.

Confronting the obstacles to college degrees

All across the country, people are gathering to observe an annual academic rite of passage: graduation.

An admission the system is broken

In a stunning vote last month, Nebraska became the first Republican-led state in more than four decades to abolish its death penalty.

Opening a New Door and a New Set of Challenges

Your life’s journey—and its achievements—does not end here. Celebrate, because you’ve earned it; bask in your well-earned feeling of accomplishment today, because tomorrow you will find that there is much work to be done.

Baltimore Rising: Women at the Frontline for Justice

I applaud these female leaders in the fight

I applaud these women, and all women—and men—who are fighting for justice for Freddie and, by extension, for us

A State of Emergency for Police Reform

A tragic déjà vu is playing out in communities all across America, particularly in the growingly skeptical streets of black and brown neighborhoods.

Diversity appears to be the New Black

From our television sets in our living rooms to our local movie theaters, diversity appears to be the new black.

Too Many People Still Left Behind on Jobs

Dark could inside a silver lining

The dark cloud inside this silver lining is that too many people are still being left behind—particularly in our communities of color, where unemployment remains at a crisis level, even as our economy continues to rebound.

Our Challenges Are Not Insurmountable

There’s no other way to say it. Black America is in crisis.

Boardroom is new Frontier for Diversity in the NBA

In an era that can boast of legendary feats of basketball from black players like Magic Johnson, Michael Jordan, LeBron James and countless others, one might find it difficult to remember there was ever a time when black athletes were not a significant presence on professional basketball courts.

Giuliani's Words Do More than Hurt - They Divide

A horrible thing to say on many levels

Questioning the president's patriotism isn't just inappropriate; it demonstrates a complete lack of respect. It begs the question that as Giuliani continues to seek a prominent role on the national political stage, will he choose to rehearse only in the Theater of the Absurd?

It’s Time for Hollywood to Act Like Diversity Matters

Losing a seat at the Oscar table

For the first time since 1998, the stage has been set for our nation to celebrate its least diverse Oscars.