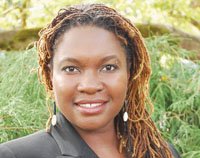 Until Justice Rolls Down

Our hearts are broken again. We are angry and we are tired. Like all of you, we are sickened seeing Black people around our nation murdered with impunity at the hands of public employees and vicious racists.

Racial equality legislation moved at a record pace in Oregon last year, but more engagement will be needed to advance civil rights bills in the future, according to a new annual report by a coalition of racial and social justice organizations.

Entitled to Public Discourse Without Interference

Together with other community leaders and concerned citizens, I sent a letter to Attorney General Ellen Rosenblum, and other statewide- and locally elected officials on Tuesday, Nov. 10 calling for an immediate response to the Department of Justice’s investigation of Oregonians who have used the social media hashtag “Black Lives Matter.”