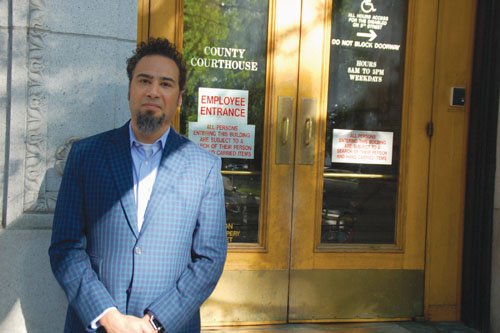 Outside the Multnomah County Courthouse, David Rogers, executive director of the American Civil Liberties Union of Oregon, gives attention to a new ACLU Oregon report showing how uncontested district attorney races are a factor in tapping down criminal justice reforms.

Roadblocks at the Courthouse

Report on DAs is push for criminal justice reform

As Oregon votes in next week’s Primary Election most of the candidates overseeing criminal justice in the state won’t face any opposition and that’s a roadblock to reforming laws that disproportionately impact minorities, according to a new report by the American Civil Liberties Union of Oregon.