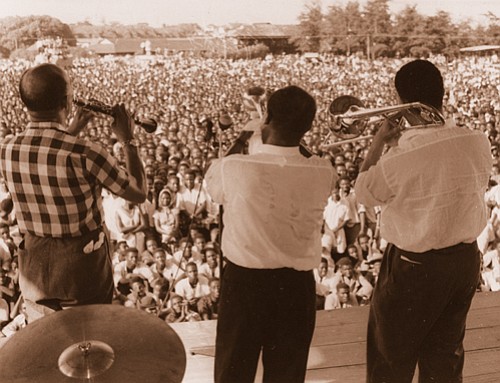 The documentary “The Jazz Ambassadors”is a fascinating story about how mixed-race bands and African American jazz musicians like Louis Armstrong (center, pictured in Africa) were recruited during the Cold War to help win a propaganda war against the Soviet Union and curb the spread of communism.

In order of my own appreciation, the first three films are especially well worth seeking out.