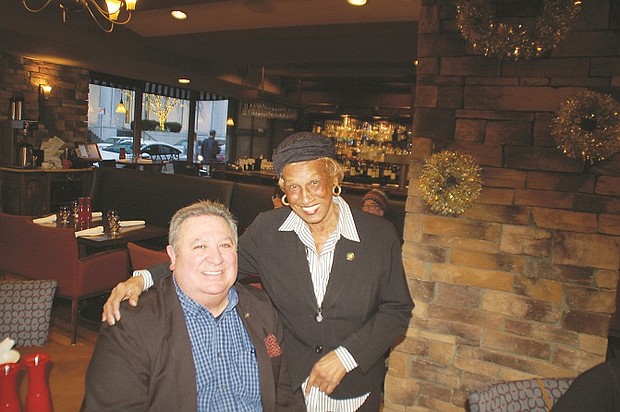 A few days after being elected as Senate Minority Leader and the first African American to lead a legislative caucus in Oregon, Sen. Jackie Winters embraces the man she replaced, Sen. Ted Ferrioli during a December meeting in Portland. Ferrioli left the post to join the Northwest Power and Conservation Council.

The ideals that Martin Luther King Jr. espoused and lived by are personal for Sen. Jackie Winters, but one episode in her own life brought it all into sharp focus.