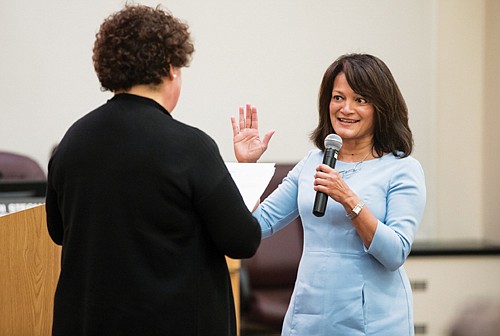 Multnomah County on Thursday swore in Susheela Jayapal as the Board of Commissioners’ first Indian-American member. She succeeds Loretta Smith who was prevented by term limits for running for re-election and then lost an elect ion for Portland City Council.