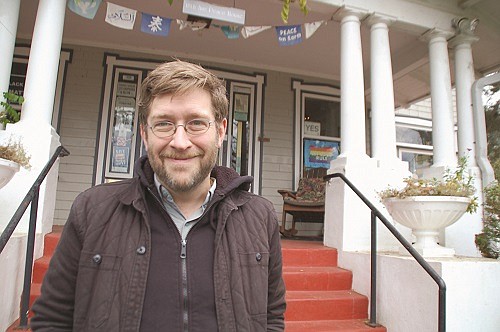 Rev. Michael Ellick at The Peace House at 2116 NE 18th Ave, which is an ecumenical community of faith. Ellick was one of the faith leaders who was willing to get arrested for a cause in a series of civil disobedience actions against the federal Immigrant and Customs Enforcement office in Portland.