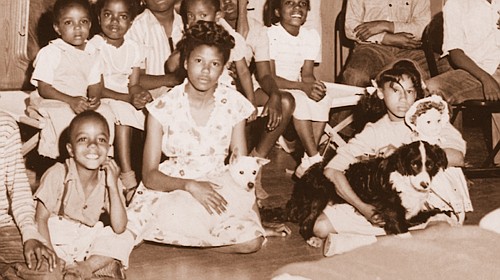 A historic photo shows Sen. Jackie Winters as a child with her dog, Tippy, and her doll, the only possessions she had after surviving the 1948 Vanport Flood. A small business owner in both Portland and Salem and the only African-American Republican to be elected to the legislature Winters died May 29 at the age of 82.

The Oregon State Capitol in Salem will honor Winters with a memorial service in the Senate Chambers followed by a reception open to the public.