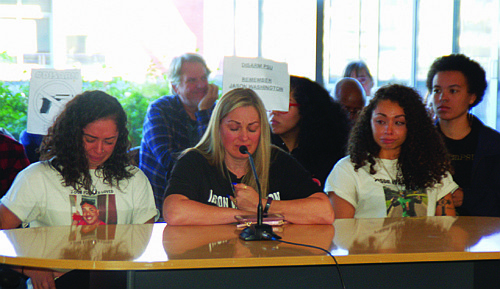 Tears flow as Michelle Washington, widow of Jason Washington, the black father killed by Portland State University campus police while responding to a fight outside a bar near campus last year, tells the PSU Board of Trustees how painful it is for her and her daughters to go through life without him.