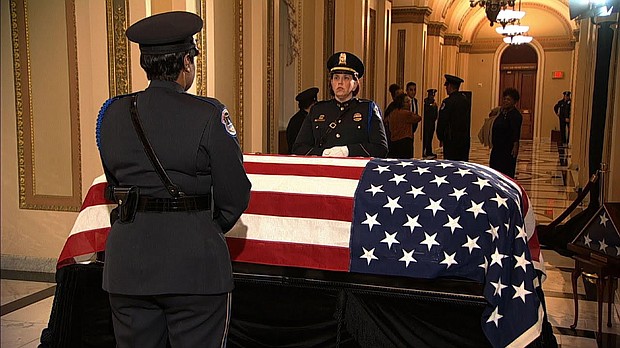 Members of the public pay their respects to the late Maryland Rep. Elijah Cummings, as his body lies in state on Thursday, Oct. 24 outside the House chamber where he served for 23 years.

Rep. Elijah Cummings was eulogized as a leader with the fiery moral conviction of an Old Testament prophet Friday at a funeral that brought former presidents and ordinary people alike to the Baltimore church where the congressman worshipped for four decades.