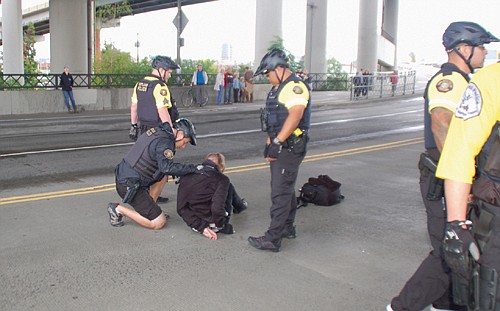 There were three arrests during Friday’s climate strike march from downtown Portland to the east side near OMSI, including this one of a man who only identified himself as “Jake,” accused of spray painting graffiti on the Hawthorne Bridge. The two other arrests of young people, however, brought complaints of police brutality from the Urban League of Portland and City Commissioner Jo Ann Hardesty.

Arrest of black teen comes under fire from community leaders