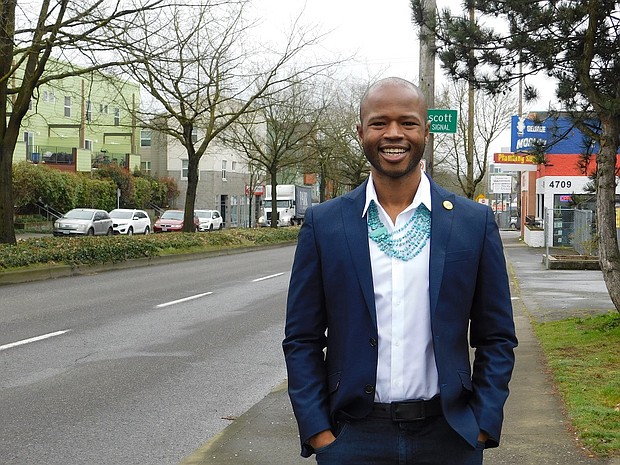 Steeped in Portland political activism for a decade, Cameron Whitten is stepping up to run for elected office by seeking a seat on the Metro Council in the upcoming May 19 Primary. Metro is a regional government which manages growth, infrastructure and development issues that cross jurisdictional boundaries. Whitten most recently served as executive director of the nonprofit Q Center and is founder of the racial justice nonprofit Brown Hope.

Position has no incumbent in crowded field

When Cameron Whitten moved to Portland at age 18, he had no place to live and no resources, but a local nonprofit with a long history of helping homeless youth took him in. Now he wants to give back and is running for the District 5 seat on the Portland Metro Council, a regional government serving Multnomah, Clackamas and Washington counties.