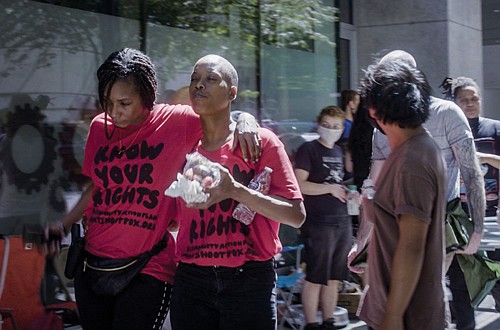 Demetria Hester, second from left, leaves the Multnomah County Justice Center after being arrested on Aug. 10 during a protest and then having the charges dismissed. Hester, who survived a racist attack by Jeremy Christian on TriMet three years ago, works with white moms in Portland’s racial justice movement, women she says have impressed her with their commitment to “getting woke” — educating themselves about Portland’s racist history and the extent of their privilege as white Americans. (AP photo)