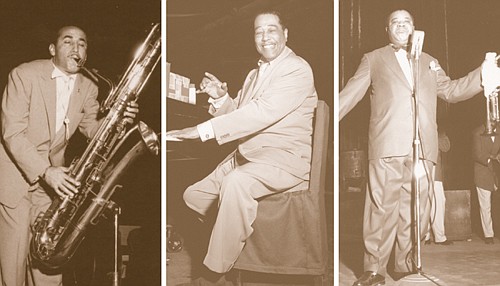 Tenor saxophonist Charlie Ventura (from left) plays at Janzen Beach in north Portland around 1953-54; Duke Ellington, the greatest jazz composer and bandleader of his time, performs at McElvoy’s on Southwest Fourth and Taylor around 1953; and Louis Armstrong at Portland’s old Civic Theater for a “Jazz at the Philharmonic” national touring show around the same period. The photos are from the estate of Carl Henniger.

The golden age of Portland jazz, black culture and entrepreneurship came to an end with Urban Renewal and the construction of the I-5 freeway.