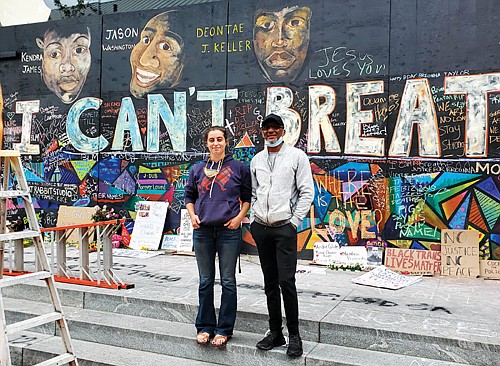 Joe “Bean” Keller is leading a delegation of Portland families like his own who have lost loved ones to police violence to attend the 57th anniversary of the March on Washington this coming Aug. 28. He is pictured with artist Emma Berger, creator of a mural calling attention to the death of his son, Deontae, and other black men and women who lost their lives at the hands of police in Portland. The mural is located in front the Apple store on Southwest Yamhill, downtown.

On the Front Lines for Change

A local father who lost his son to a police shooting is leading a group of families like his to Washington, D.C. for the 57th anniversary of the March on Washington.