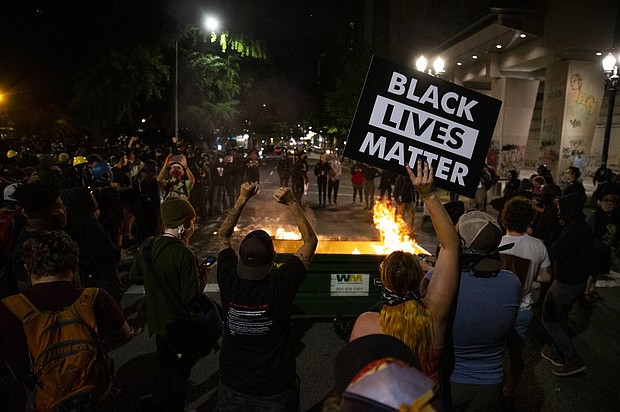 A waste receptacle's contents are in flames as protesters gather in downtown Portland in front of the U.S. Courthouse on Friday, July 10. Over the weekend, after a protester was critically injured when he was hit in the head with a non-lethal round fired by a federal law enforcement officer during protests in the same area, Mayor Ted Wheeler said the U.S. Marshals Service were investigating. (Photo by Dave Kilen/via AP)

Mayor says U.S. Marshals Service is investigating after a protester was hospitalized in critical condition over the weekend after being hit in the head by a non-lethal round fired by a federal law enforcement officer.