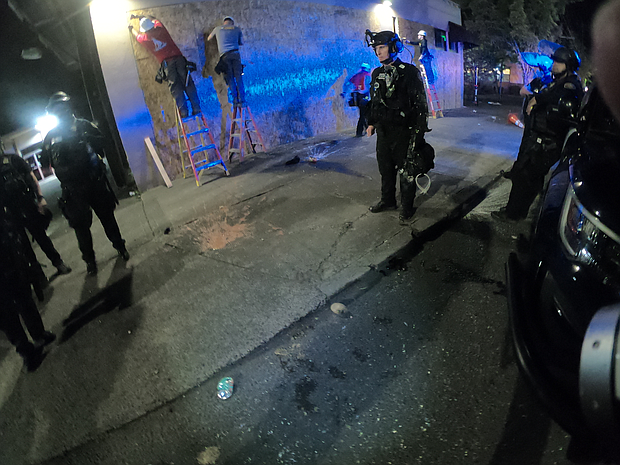 Portland Police stand guard outside the Portland Police Association building at North Brandon Avenue and Lombard Street, the scene of a declared riot on Tuesday night. The photo shows projectiles that police said were thrown at them littering the sidewalk and construction crews working to board up windows of the building. (Portland Police Bureau photo)

Another Riot Declared at Police Protest

For the second time in two weeks, a protest Monday night outside a police union office on North Lombard Street escalated out of control with a riot declared by Portland police