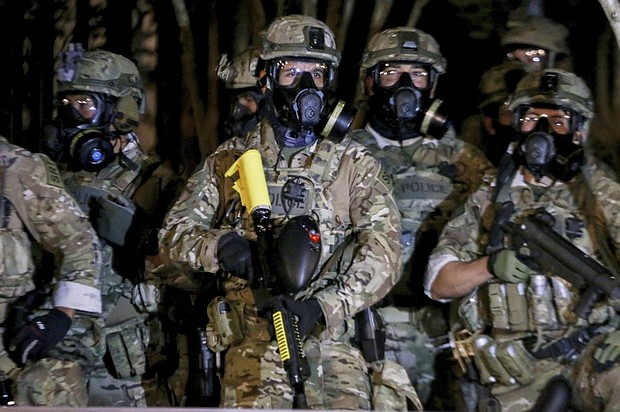 “Usually when we see people in unmarked cars forcibly grab someone off the street we call it kidnapping. The actions of the militarized federal officers are flat-out unconstitutional and will not go unanswered,” said the ACLU's Jann Carson.