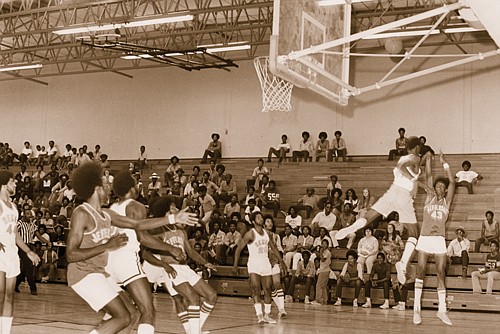 A city of Portland archive photo shows Jefferson High School basketball players during an all-star basketball game at Jefferson High School in 1972. A local author is reaching out for archival material for a book he is writing on the team which won the 1971-72 state championship while comprised entirely of African American players against an all-white team from Baker City.

Author reaches out for archival material

The historical re-telling of Jeff's 1971-72 season and its culmination with the title triumph over Baker High is set against the backdrop of Oregon's racial past and present.