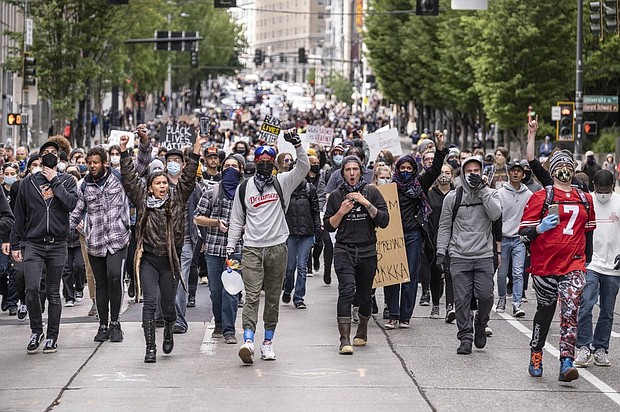 Protestors in Seattle march on Sunday, May 31to call for justice over the death of George Floyd, a black man who died May 25 after being restrained by Minneapolis police officers. (Ken Lambert/The Seattle Times via AP)

Washington Gov. Jay Inslee has activated the National Guard following vandalism and mass theft in stores and shopping malls in multiple cities following protests over the killing of George Floyd.