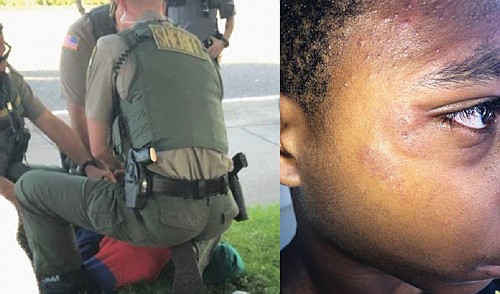 Video released by a Portland law firm shows a Clackamas County Sheriff’s Deputy restraining a 12-year-old black male at Clackamas Town Center last August, and a photo taken after the incident shows bruises to his head. A lawsuit claims a Clackamas County sheriff’s deputy used unjust force by placing his knee on the boy’s neck.

The mother of a young African American male filed a lawsuit, saying three sheriff’s deputies pinned him to the ground at the Clackamas Town Center Mall — one by pressing a knee on his neck.