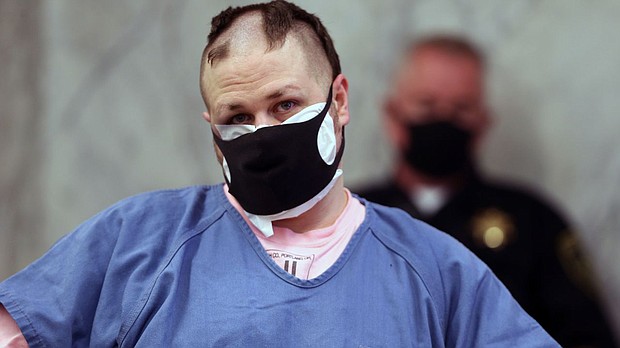 Jeremy Christian appears in court Tuesday for sentencing in his deadly attacks on a Max light rail train in 2017. The hearing was delayed when he was thrown out of court for going on a tirade against the first victim who spoke.

Sentencing for Jeremy Christian, the Max killer of two passengers during a racist tirade in 2017, was delayed on Tuesday after Christian was thrown out of court for going on a new tirade against the first victim who spoke.