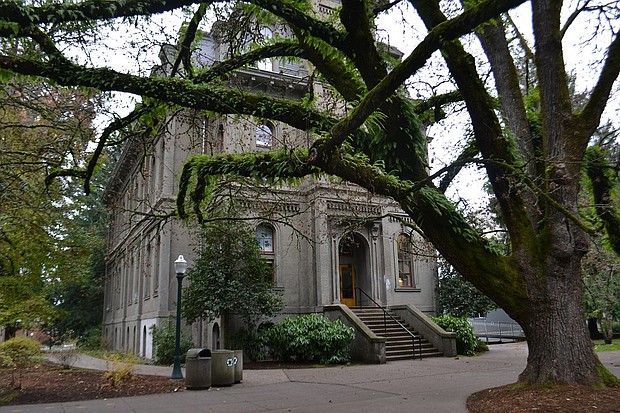 Deady Hall, a building at the University of Oregon named for an early white settler who supported slavery and who helped draft the state’s constitution which barred Black people from living in the territory, will be renamed in an acknowledgement of past racism, university officials announced Wednesday. (Photo courtesy Wikipedia Commons)

Building will no longer be named for racist settler

After years of pressure from student activists, the university’s board of trustees decided Tuesday to rename Deady Hall.