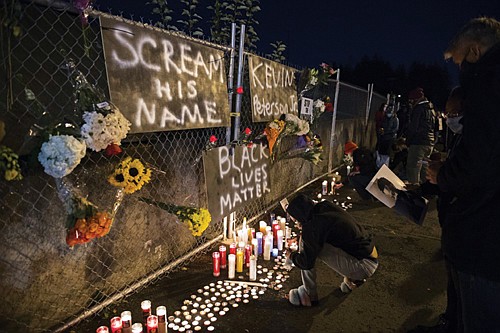 Mourners pause to remember Kevin Peterson Jr., a 21-year-old Black man who was fatally shot Thursday in the Hazel Dell community of Vancouver by Clark County law enforcement. The candlelight vigil was held Friday night outside of the Hazel Dell branch of U.S. Bank where the shooting took place. (AP photo)

Tensions boiled over into unrest in Vancouver over the weekend after a young Black man was shot and killed by Clark County sheriff’s deputies.