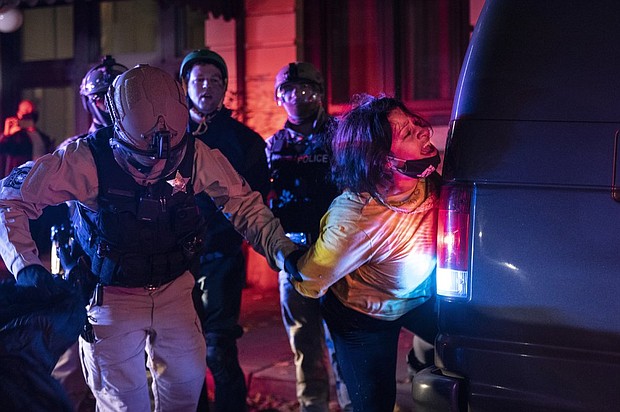 Police arrest a protester in Portland Wednesday night on an evening when clashes and vandalism broke out during marches for justice and demands for the counting of votes in the presidential election, one day after the Nov. 4 vote. (AP photo)

National Guard called out in Portland