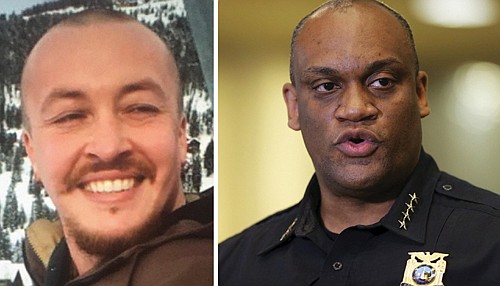 Aaron ‘Jay’ Danielson (left) is identified as the victim of a shooting downtown and Police Chief Chuck Lovell (right) is calling on the public for help as authorities conduct an investigation.

A supporter of a right wing group was killed in a confrontation downtown Saturday, the first deadly consequence amid three months of protests over racial injustice in Portland and across the nation.