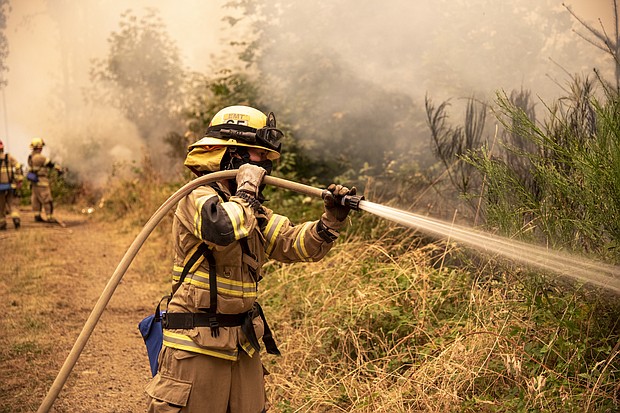 Tualatin Valley Fire and Rescue crews battle the Chehalem Mountain-Bald Peak fire in Washington County, southwest of Portland Wednesday. The Portland Fire and Rescue bureau said it is assisting fire departments fighting wildfires in the region and around the state, while also responding to over 500 fire calls over three days. Photo courtesy Tualatin Fire and Rescue.

Crews deployed to region and state

Portland Fire & Rescue has responded to over 500 fire calls locally and are assisting fire crews in other cities and communities nearby and around the state.